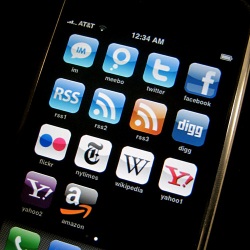 Social networking sites are websites where users create personal profiles and connect with each other. The idea behind the sites is to link up with your friends and see who they are friends with and their friends’ friends.

Social networking sites excel at creating and highlighting social connections. You can usually send massages to and chat with other users, and some sites allow you to create personalized webspaces. Facebook, MySpace, and LinkedIn are some of the common examples.

When used for learning, the easy communication and connectivity of such sites can be helpful in supporting and strengthening connections between both the teacher and students and between students.

One use for social networking sites is to set up collaborative problem solving. By allowing the students to discuss a problem with each other they can bounce idea off of each other and find a solution together. This use of social networking is likely already happening, with students discussing course related subjects among themselves. By participating in or directing this discussion, a teacher can influence the discussion and assist if the problems prove too difficult.

Another use is as a way to share files and news quickly. If someone has a file that the rest of the course could use, they can quickly share it with the rest. Mind the copyrights when doing this, though. This can also be used by teachers to share course material and slides. Some schools and universities are already doing this, including official Facebook and MySpace pages, Youtube channels, and official presences in online games like Second Life.

Methopedia.eu has been funded with support from the European Commission. This publication reflects the views only of the author, and the Commission cannot be held responsible for any use which may be made of the information contained therein.